An excerpt from an OUPblog article published 9th May 2019: 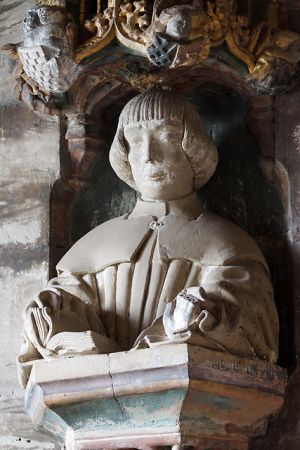 "We have long assumed that medieval sermons were written for the laity, that is, those with no Latin and probably minimal literacy. But most of the sermons that survive in English contain a significant amount of Latin. What did a medieval lay person understand when he or she heard a sermon?

The function of such Latin is just one part of the blurry picture we have of the nature of medieval literacy. Walter Map (1140-1210) described a boy he knew whose family was clearly of some means (the boy later became a knight) who was, on the one hand, illiteratus, but on the other hand was praised for his penmanship because he “knew how to transcribe any series of letters whatever.” Margery Kempe says in the book she wrote, by dictating her words to a priest, that she is “not lettryd,” but that book describes how she was hit on the head by masonry in a church while she has “hir boke in hir hand,” and her book itself contains Latin quotations she should not have been able to understand."

Christopher Cannon is Bloomberg Distinguished Professor of English and Classics, at Johns Hopkins University and academic advisor for Oxford Scholarly Editions Online. He works on medieval literature and, in particular, the emergence of 'English literature' as a meaningful category. He is the author of a number of books, with his most recent being From Literacy to Literature: England, 1300-1400.

Read more on the OUPblog >