William Turner dated this poem to the visit to Leeds in the summer of 1769 that produced 'An Address to the Deity' and 'Verses written on the Leaves of an Ivory Pocket-Book' (Poems 15 and 18). Joseph Priestley was then experimenting with different kinds of gas, using live mice to test their effects. As Turner tells it, one night a mouse 'was brought in after supper, too late for any experiment to be made with it that night, and the servant was desired to set it by till next morning. Next morning it was brought in after breakfast, with its petition twisted among the wires of its cage. It scarcely need be added, that the petition was successful'—i.e. that Priestley released the mouse ('Mrs. Barbauld', 184). According to his most recent biographer, Priestley began investigating gases even before he left Warrington (Schofield, 260); hence 1769 is a possible date for the poem, and it need not be moved to 1771, the date assigned it in PALB by reference to letters from Priestley to Benjamin Franklin describing his work. The text is compatible with Turner's date.

In his History of Electricity (1767) Priestley had described experiments on animals and admitted that 'it is paying dear for philosophical discoveries, to purchase them at the expense of humanity' (2:259). Reviewers of Poems remembered this when they came to 'The Mouse's Petition'. The Critical Review wrote, 'The next poem is, The Mouse's Petition, found in the Trap where he had been confined all night, by the humane Dr P. to be tortured by electrical experiments.—We heartily commend the lady's humanity for endeavouring to extricate the little wretch from misery, and gladly take this opportunity to testify our abhorrence of the cruelty practised by experimental philosophers, who seem to think the brute creation void of sensibility, or created only for them to torment' (Review of Poems, 193). William Woodfall hoped that the poem 'will be of service to that gentleman [Priestley] as well as other experimental philosophers, who are not remarkable for their humanity to the poor harmless animals, that are so ill-fated as to fall in their way' (58). To these reviews Barbauld responded by adding a footnote to the poem's title in Poems, edn 3: 'The Author is concerned to find, that what was intended as the petition of mercy against justice, has been construed as the plea of humanity against cruelty. She is certain that cruelty could never be apprehended from the Gentleman to whom this is addressed; and the poor animal would have suffered more as the victim of domestic economy [i.e. of (p. 47) pg 47a mouse trap], than of philosophical curiosity.' The footnote was reprinted in edns 4–5, then dropped.

That the poem came to be construed politically, as a plea for liberty, is suggested by an imitation, 'Verses, Supposed to have been written by a captive Dormouse': it opens, 'O Liberty! Liberty!' (European Magazine, 52 [1807]: 62). That the poem was also construed as ethical instruction is evidenced by an engraving made in 1791 for Thomas Macklin's 'Series of prints, illustrative of the most celebrated british poets': by Francesco Bartolozzi, the print shows Priestley and a boy being instructed about the mouse by two female figures probably representing Sensibility and Barbauld. 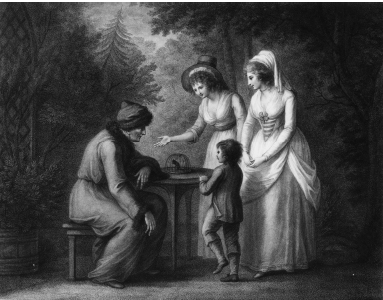 Fig. 4 'The Mouse's Petition'. Engraving by Francesco Bartolozzi from a drawing by Henry William Bunbury, 1791. © the Trustees of the British Museum. Reproduced by permission.

* Found in the trap where he had been confined all night by Dr. Priestley, for the sake of making experiments with different kinds of air.

Critical Apparatus
Title and footnote: P1792-Works. P1–5 read 'The Mouse's Petition,* Found in the Trap where he had been confined (confin'd P1–3) all Night' as title, and '*To Doctor Priestley' as footnote.
Critical Apparatus
Motto: absent in Works
Editor’s Note
Motto: Aeneid, 6:853. To spare the humbled, and to tame in war the proud!
Critical Apparatus
All lines flush left P1–5, P1792] Alternate lines indented Works
Critical Apparatus
1 prisoner's] captive's P1–2
Critical Apparatus
4 wretch's] prisoner's P1–2
Editor’s Note
10 'spurn'd … chain': In The Present State of Liberty in Great Britain and her Colonies (1769), Priestley argued for 'a just idea of their natural and civil rights' and denounced the government for attempting to 'enslave' the Colonists (JP, Political Writings, 129 and Section III).
Editor’s Note
12 'free-born mouse': Alluding to a cant phrase, 'free-born Englishman', used by political liberals, as in James Thomson's indignant line, 'The free-born BRITON to the dungeon chain'd' (Winter, l. 371 [Thomson, 1:176]). A character in Frances Burney's novel Cecilia (1782) defines it concisely: '[A] free-born Englishman is his own master by the nature of the law' (Burney, 750).
Critical Apparatus
17 gleanings P1–3, P5-Works] gleanings, P4
Critical Apparatus
18 frugal] scanty P1–2
Editor’s Note
29–32 'If mind … same': Alluding probably to James Thomson's plea for 'animal rights' in Liberty (1735), 3:63–8: 'He [Pythagoras] taught that life's indissoluble flame, / From brute to man, and man to brute again, / For ever shifting, runs th' eternal round; / Thence try'd against the blood-polluted meal … To turn the human heart' (Thomson, 1:279). Pythagoreanism was thought to carry implications for species equality: 'the disciples of Pythagoras', Lucy Aikin noted, 'abstained from crushing even a worm, for fear of dispossessing some kindred soul' ('On the Spirit of Aristocracy', MML, 33). Priestley, however, did not believe in the doctrine of the transmigration of souls; he had just cited it as a reason for rejecting the idea that Christ's soul was created before his body (Schofield, 199–200). Probably he and Aikin had discussed transmigration; in these lines she seems to chide him with the possibility that he might be wrong.
Editor’s Note
39–40 'Let pity … spare': Quoted in support of a plea against the use of animals as experimental subjects (A Rev, 2 [1804]: 867).
Critical Apparatus
45 So, … unseen] So when unseen destruction lurks P1–2
Critical Apparatus
46 men, like mice, P1792-Works] men like mice P1–5